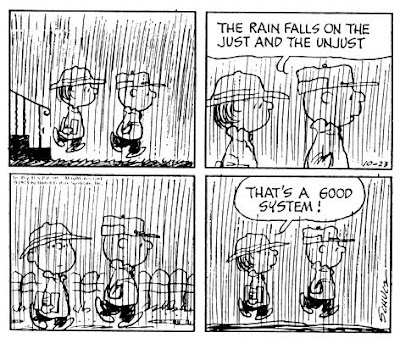 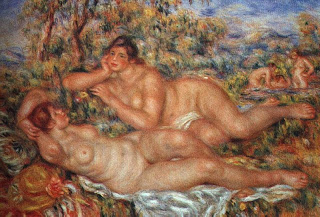 The Cat Is Better Now

I love my kitten—who is not a kitten at all but a three-year-old cat—with a love that is completely out of proportion to the fact that she is a cat. I got her when I was 39, right when it became really really clear that I really really wasn't going to ever have children, and she has an endearing ever-kittenish personality that worked on me to make me love her, as I just said, disproportionately. Last week, she was sick with something that (despite Very Expensive Tests) remains a mystery, but had ratcheted up her temperature to almost 105°. She wouldn't eat or drink or be happy. But, after a course of antibiotics, she is all better, which is so relieving that I feel dizzy. Here is a picture of her: 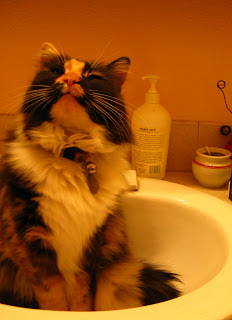 She's gone back to crying for pets, and running around, and being ridiculous and my life is thus much improved and I'm grateful to my vet, despite the expense, and I'm weirdly grateful to HER for being kind enough to get better.

Only the third day in, and I already missed a day. The reason: I was so irritable for the first half of the day that Everything Single Thing felt like sandpaper. Then Anja and I took a 6-mile hike with the intensity and fervor of pilgrims to Santiago de Compostela. Then I was pretty much incoherent for the rest of the evening. Today, I shall do better.
Posted by Blaize at 11:18 AM No comments:

This Poem Comes to Me This Time of Year

Perhaps it's cheating, but today's post is a poem by Helen Pinkerton, c. 2002

Dry summers flaw the leaf to a rose flame
Where, as a vine, it seems to flicker higher
Than live-oaks it consumes, or where it leaps
As a free-standing shrub or tree—ablaze
In wild-oat hay fields. Yet, with winter come,
The stems shrink back and almost disappear
In sinuous tangles, while a few white drupes
That look like snowberries hang to trick the eyes.

Nothing will warn but old experience
The ignorant damp hand that comes to dig
In winter rain the dormant trillium:
Seeking to bring a wild spring beauty home
It finds, as parasitic as a drug,
Pain stinging flesh that brushed the stems but once.

Last year for Fun-a-Day I did an Explore-a-Day, and then printed out photos of my explores and fastened them to some grape stakes along with some words written onto tea-dyed gift tags. It turned out okay. Mom did Leaf-a-Day, wherein she pressed a leaf or leaves each day, then mounted them on paper and made a mobile. It was cool.

This year, Mom is doing Recipe-a-Day, in which she is rewriting her recipes onto new cards. She's quite exercised by the whole idea, and had it planned months ago. I, on the other hand, just figured out that in the interest of writing, a skill I fear I am losing (if I ever had it, really) I am going to do a Post-a-Day. I don't know if anyone will read them, but that's not the point.

So, random thought for New Year's Day: as I listen to my various public radio podcasts, I keep hearing a sponsorship message about the new Chevrolet Volt, with the tagline, "It's More Car Than Electric." My reaction, every single time is, "No, it's not."

I like this person's take on the slogan: "Maybe 'The electric car you can just put gas in on those days when you’re not giving a crap about the environment' was too long."