What to Do in Istanbul

1. Get frustrated by being sent back and forth along the ferry wharf.

4. Sit next to a nice Turkish couple, on the shady side of the lower deck. It'll mean you see the European side only, but you can't have everything. 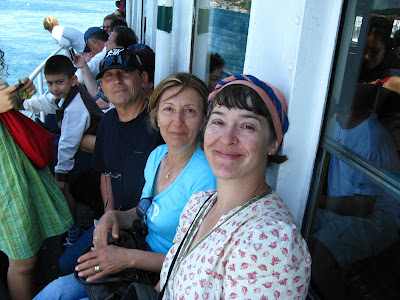 6. Figure out where the staircases go up the hill and follow them until they peter out in people's private yards. 7. Make an error in choosing a restaurant, and possibly drink from the hose.* (Uncertain as of yet.)

8. Fall into conversation with a young German-educated graphic designer with dyed blond hair and excellent English.

9. Stand on the stoop of his house, which 100 years ago went right to the water, whence the residents traveled in boats, though now it is separated from the water by a road. 10. Discuss Venice, protests in Iran, and one's own potential ability to protest even at the risk of one's life. (Positive, on his side, uncertain to negative on mine. Americans are lazy.)

11. Walk back along the waterfront, photographing the abandoned and inhabited Ottoman-era houses. 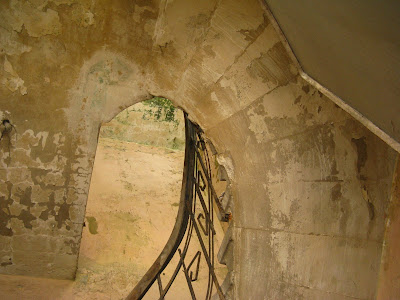 13. Be awestruck and, later, fatigued by the collection.

14. Buy a present in the gift shop of a coffee cup with an Iznik tile design of a felucca.

16. Realize one could get off at any stop, walk around two hours, and return a better person for it.

16a. Have a fleeting fantasy of buying an abandoned Ottoman-era house and repairing it.

17. Have a (fairly handsome) Turkish guy stare at you, even when you stare right back at him for half a minute.

19. Feel sardonic when he, his wife, and kid get off the bus, and you realize that--young-looking as he is--he has a pot-belly. 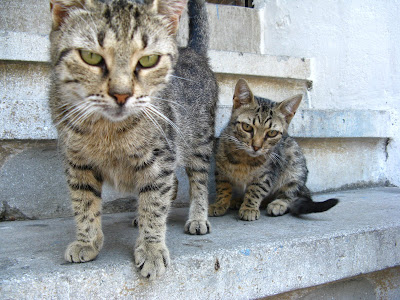 22. Drink tea under a grape arbor while watching an ear-splitting game of Turkish backgammon played between an old bald man in a short-sleeved shirt and Windsor-knotted striped ugly tie, and a younger old guy with a beard wearing a technical vest like a photojournalist, watched by a mild fellow in a blue t-shirt, all three bespectacled. 23. Have the tea be free, because Turks are friendly, or at least these Turks, and you are being rewarded for watching the game. "Turkish culture," the bearded man says, "Have a nice life." "Thank you. You, too," you reply, and mean it.

24. Overall believe you have dodged the hose.

25. Get ready to fall asleep at the sunset prayer hour, because sunset is at almost 9 o'clock, and 3 a.m., the shuttle to the airport, and the almost full day of travel home, is far too soon.

*A phrase used by Ray and Anya to indicate iffy dietary behavior in foreign lands.
Posted by Blaize at 12:19 PM 10 comments: