(This was originally written in 2002 for the now defunct The Alarm! newspaper)

She stops and waits.
She stands just beyond the light.
And if heaven calls, she knows she’ll go.
And if not, she’ll be all right.

She moved through the fair.
Her cotton dress was new.
She looked like a queen. --Bill Morrissey 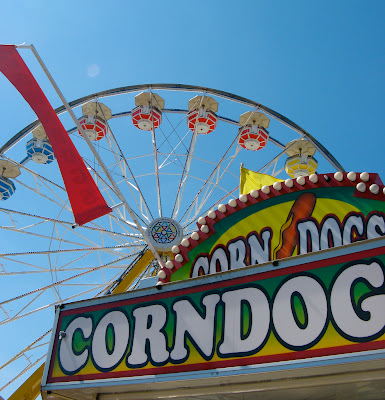 All is Fair in Love

We had planned to go to the fair on September 11. After my dad woke me up that morning and told me to turn on the TV, I took it upon myself to call everyone I could think of. I woke Becky up out of a sound sleep, and she, in a dream-addled voice, asked, “Does that mean we don’t get to go to the fair?”

We couldn’t have gone to the fair that day, even if we hadn’t been stuck in front of the television, watching the same images over and over and over. Governor Gray Davis had ordered a postponement of the fair’s opening day. We went a couple of days later.

I know they have agricultural and craft fairs in other countries. But, for me, there is nothing that makes me feel more American than a fair or a parade.

We went to see the poultry exhibit. I was delighted with the cages full of Spangled Hamburg, Dominique, Cochin, and Polish chickens. I thought of the ingenuity, the centuries of careful breeding and happy accidents, that went into the creation of utility breeds—chickens that are both good laying chickens and good eating chickens. Many of these breeds are now endangered as the poultry industry focuses on specialty chickens with either prodigious laying capacity or giant hormone-pumped meaty muscles. I found myself feeling melancholy in the contemplation of endangered chickens. I hoped that the ingenuity that created them was not also endangered. 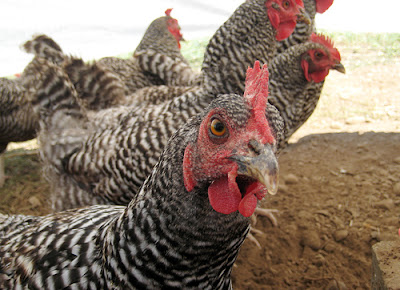 We saw the goats and sheep, the horses and cows. We went into Brad’s Reptile World and ogled the exotic animals. We went to the petting zoo and got to stroke a bristly squirming baby pig no bigger than my cat. We saw a big bunny in a cage, with a baby bunny perched exactly on the center of its back. We watched the carnies hustle customers to try the games. We paid for our tickets to bet on the racing pigs. We ate fried things and felt covered with a thin film of grease. We admired the prize-winning pumpkins and lemons, and the vegetables dressed up like animals and people.

One room off to the side of the fruit and vegetable building had a display on patents and inventions. There we looked at an exhibit documenting an invention by 1930s Hollywood actress Hedy Lamarr. Her plan was to use radio signals to guide torpedoes. This original purpose never panned out, but her patent is the basis of modern-day satellite communications. I was struck by the weirdness of chance, the coincidence that meant I was reading about Hedy Lamarr at a county fair two days after September 11’s strange intersection of cell phones and war. 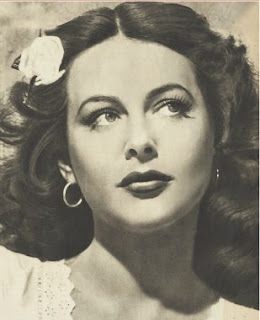 All is Fair in War

I was already being told by the media that September 11 was my generation’s Pearl Harbor. I had already formulated my dissent against this characterization: since Pearl Harbor led to the wide-scale relocation and internment of Japanese aliens and Japanese-Americans, and, to a lesser extent, of Italian- and German-Americans, I didn’t like the potential implications of the Pearl Harbor metaphor. Also, the attack on Pearl Harbor was the act of a nation against a military target. September 11 was, as far as we could tell, the attack of a group. And the target had been, for the large part, civilian. 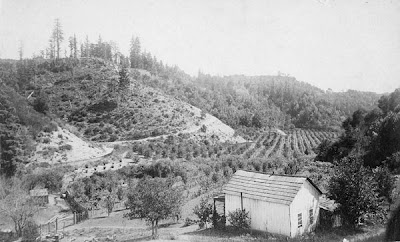 Pearl Harbor had its effect on the Santa Cruz county fair, too. In 1941, the fair completed its purchase of the land where it is held to this day, and the first county fair on the site took place in October of that year. On June 11, 1942, six months after Pearl Harbor, the Santa Cruz Sentinel announced that “A series of small fairs or field days will probably replace the annual Santa Cruz county fair this year.” Wartime meant new rules, and the new strategy was that “By having several separate and distinct days for various groups, it is hoped to keep attendance down to a level below that which would bring protest from army and navy officials….10,000 persons saw last year’s fair during four days….the government has clamped down on crowds of such size.” The fair, with its kid’s bicycle day, horse pulling contests, grange presentations, military exhibitions and “grunt and groan” strongman contest was shut down for the duration of the war.

Our war has not shut down the fair this time. There will be a memorial “Moment of Silence” before, ridiculously enough, the Sha-na-na concert. There will probably be a lot of flags. But perhaps not that many more than usual. Fairs, I think, are generally patriotic, even in peacetime.

The United States is my home. During an event like the county fair, when the smell of hay and manure pulls me nostalgically back to my childhood spent in a farming town in Colorado, the United States might even be my homeland. But, despite my own pride and rather troubled patriotism, the new Department of Homeland Security gives me the willies. Not necessarily because of its mandated function. Protecting one’s own country seems like it could be a reasonable endeavor. It is the name of the department that creeps me out.

“Homeland” sounds too much like “fatherland,” a phrase that smacks to me of the totalitarian desires of someplace like Third Reich Germany. I would infinitely prefer it if the new department were called “Domestic Security.” 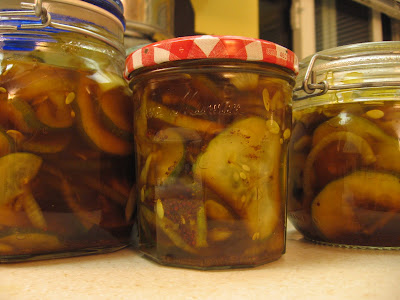 I am domestic. I cook, I clean (sometimes), I can vegetables, I wear an apron. I go to the county fair, and look at the exhibits, hoping to find new recipes for the apples that become so plentiful at the farmers’ market this time of year. I participate in activities like the fair because they make me feel connected to my land, to the bounty of the harvest, to my own pioneer roots. 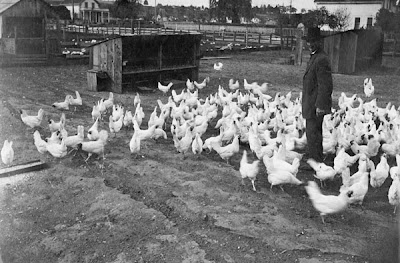 I want my domestic life to be secure. I want to someday own my own little flock of heirloom utility chickens. I want to feel safe: in my own bed, when I am driving across the Golden Gate Bridge, at the county fair. But I recognize that, since I live in the United States, my domestic position in the world is only supported at the expense of others. My pride is also my shame. I hope this year’s fair helps to remind me of that.
Posted by Blaize at 11:26 PM 3 comments: