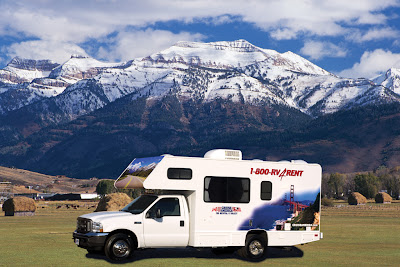 But I think it will be cold. Given my own druthers, I would probably head for more southern climes, such as Arizona. I understand that, for people from a small and crowded country, the basin-and-range areas of Eastern Oregon and Nevada can hold a certain magic. But I would argue that the desert Southwest could be just as magical, and certainly warmer and drier.

Be sure to take plenty of tea with you. :) I think it could be a lovely trip ... especially if you don't have to do all of the driving.

I've never been to Eastern Oregon myself but it looks like it's gorgeous. I do not travel well with people other than Philip, and if he sprouted relatives from across the ocean I would be even more reluctant to take a trip with them in an RV where they can observe my crazy up close and personal.

However, I'm willing to bet that the air is very clear and sharp there. The kind that can really clear a head. Perhaps (without getting lost) you would be able to have some quiet time drinking tea like Alice suggests and sitting alone in a wonderfully peaceful spot.

I actually went on a trip with Philip's Dad and his Dad's friend who was like an aunt to Philip. We traveled with them for three weeks in Scotland and while they drove me absolutely UP THE FLIPPIN WALL, it was all worth it to have one entire day to myself sitting at the edge of a loch drinking enough tea to permanently fry my nerves and just breath, alone. It was one of the best moments in my entire life. Whenever I try to think about how I would feel if I didn't have my brain and my nervous system in my way all the time I think back to that moment in time. That's how I wish medication could make me feel all the time.

Bring lots and lots of wool. You could impress your boyfriend's family/friends by wrapping yourself in a really cozy quilt for the entire trip.

I only wish you were coming to my neck of the woods. I'm quite shy in person but nothing would give me more pleasure than having a chance to shake off my incredible awkwardness so I can get you to tell me all about public executions in the 1600's and 1700's. And about Jesus' women, of course.